August Pet Of The Month: Louie 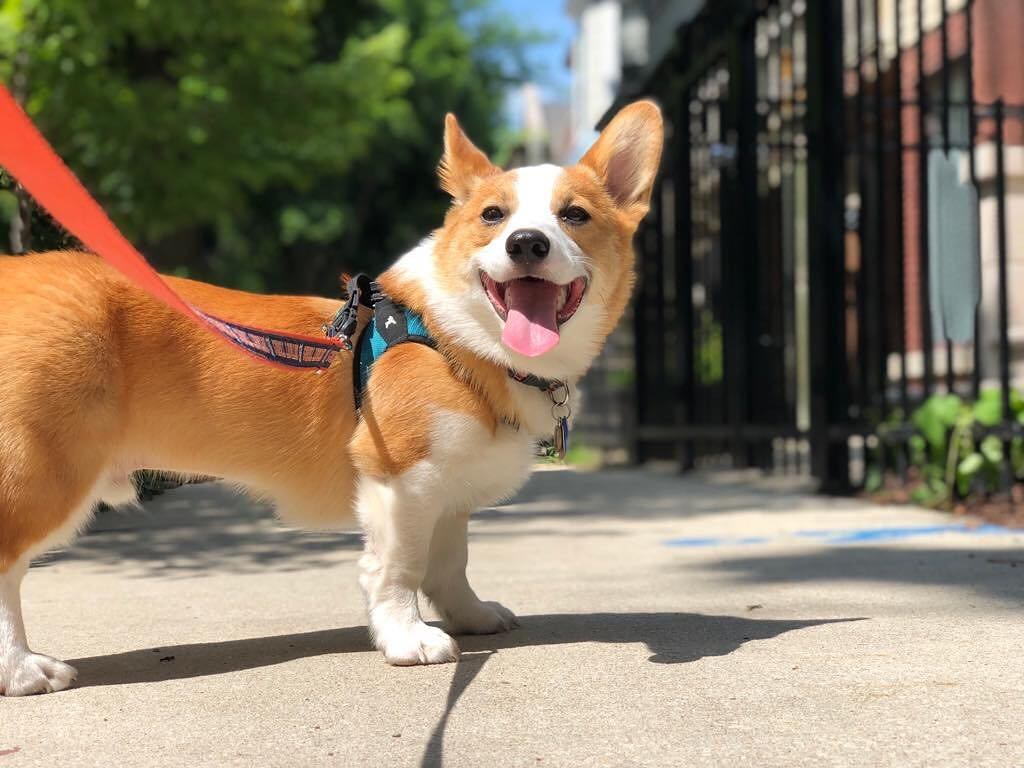 August Pet Of The Month: Louie

August Pet of the Month Louie is a 9 month old Pembroke Welsh Corgi. He’s been with Urban Tailz since he came home with his pawrents at 9 weeks old. Louie absolutely LOVES going to the dog beach and dog parks! Don’t let his stumpy legs fool you… he’s quite fast when he’s playing and herding the other dogs. Louie is a very playful and spirited boy who’s energy has (almost) no limits! He’s become a neighborhood favorite in Roscoe Village, with the ladies always fawning over him. Louie has become obsessed with chewing bones, stealing anything he shouldn’t have, alerting everyone in the 3-flat that someone has arrived… and he loves traveling with his pawrents in the car ANYWHERE but MedVet! Lol. Facts about Louie:

Louie is a country boy – he was born in Lafayette, Indiana on a horse & cattle farm.

It was Louie’s dad, Alex, who always knew he wanted a male Corgi. He convinced Louie’s mom, Monica, to become obsessed with Corgis too.

Despite Corgi’s being grouped in as “royals” because of Queen Elizabeth, Louie is actually named after the mascot of Alex’s alma mater: Louie the Laker of Grand Valley State University in Grand Rapids, MI.

Louie’s nose and belly freckles drive all the ladies wild.

I have been working for Urban Tailz since 2009 after moving to Chicago from Michigan. I have a background in sales and hospitality, and I strive to make Urban Tailz the Four Seasons of dog walking.
PrevPreviousJuly Pet of the Month: Frannie
NextSeptember Pets of the Month: Morty and BuckleyNext